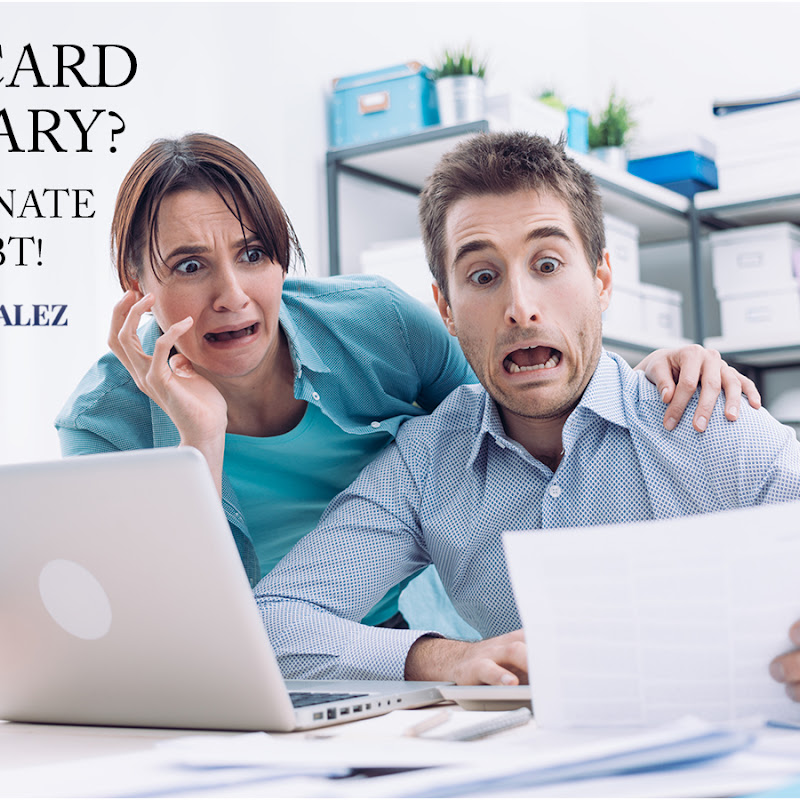 Mr. Gonzalez and his staff are very, very Professional and Organized! I would give them infinity stars. They were awesome and were on top of everything! I never had to worried...Thank you Mr. Gonzalez AND to your Staff! You guys are the BEST!!
The Law Office of J.P. Garcia :: Cactus Law Office, PLLC :: Garza Justino :: Law Office of Ruth Gomez Serra, RN :: The Law Firm of David Benning Smith

I had the occasion to visit this attorney in relationship to the aftermath of hurricane Harvey. He gave sound advice and showed me the way forward without filing bankruptcy. Certainly I will call him again if I ever have need.

All I have to say is that Mr Gonzalez and staff are AWSOME!!!

They were awesome, always available to answer my questions!

He saved me nd I love his staff

I found Joel Gonzalez by googling BK attorneys in town. The only bad reviews I read about him sounded ridiculous from customers. I chose him as my attorney based off reviews, professionalism and kindness. While nobody wants to file BK, Joel Gonzalez was the attorney to hire. Price is fair, he knows what hes doing and his team works with you and your situation. I greatly appreciate what Joel and his team did for me and my future. Thank You!!

Super disappointed by how my parents were and are still being treated. Been calling with concerns (Since February) over things that were changed that were not a part of their debt and were changed behind their back by Mr. Gonzalez. Both him and his staff don't respond when they say they will, and just keep giving them the run around. I highly don't recommend

Mr. Gonzalez and his staff made me feel at ease through the whole bankruptcy process. He made sure that I understood every step of the way. I would highly recommend his office to anyone considering this difficult decision!

Thank you Mr. Gonzalez for getting me through the hardest financial time. I was never left with an unanswered question, doubt or concern! Your staff is wonderful!

Excellent experiences with Joel and all office staff. Our case went smoothely and just got discharged today. Here's to a happy fresh start! Thank you, Joel Gonzalez!

I had a great experience

My husband and I are very pleased with Joel and his staff. They are all very professional and friendly and always return our calls. He has helped through very difficult times as I had major medical issues and he still represented us. He is very knowledgeable and gifted in his law practice, as he knows the law by heart! He made our bankruptcy easy to understand and has always stood by us. We HIGHLY RECOMMEND Mr Joel Gonzales when a bankruptcy attorney is what you need!! Keep up the great work Joel! We wish you the best! God bless you always!!

The Law Office of Joel Gonzalez was very helpful and informative. Mr. Gonzalez and his staff spent over a hour with me discussing my case as a free consultation. Mr. Gonzalez is very knowledgeable and is able to explain the law in an understandable manner. While in the end I declined their services, I intend to retain them if my financial situation continues to deteriorate.

I conducted a Google search for a bankruptcy attorney and came upon Mr. Gonzalez. I was so fortunate to come upon such a competent law firm. Legal Assistant Victoria was great. She was very knowledgeable and available. Mr. Gonzalez did a great job in representing me and even agreed some of the fees that were not necessary on my case. I would highly recommend the Law Office Of Joel Gonzalez.

Thanks to Joel and his team of professionals for assisting me! They exceeded my expectations!! Not only were they caring and patient; they remained diligent throughout the process and responded to my concerns/questions quickly. I recommend Joel; an upfront, knowledgeable and empowering atty.

I visited with Mr Gonzalez in Corpus Christi, Texas 2016 regarding a complicated Real estate issue and problems re: tenancy law.
I attended a hearing with Mr Gonzalez and I was pleasantly surprised with his creative legal arguments and delivery. I would highly recommend Joel Gonzalez without any hesitation.

I was very disappointed with Mr. Gonzalez. I went in for a FREE consultation and ended up feeling pressured and pushed into a contract. He is one of those attorneys that make all attorneys look bad. He is truly hard up for money. PLEASE BEWARE OF THIS OFFICE IS MY ADVICE TO ANYONE SEEKING ADVICE!!!!!!!!!!!!!!

AMAZING JOB!!! VERY PROFESSIONAL!!! A few years ago we had to make the hardest decision of our life to claim bankruptcy in fear of losing our house. We met with Mr. Joel Gonzalez - he went over everything with us & told us the steps we needed to take to remove the judgment & remove the huge debt from creditors. He assured us he would stand by us every step of the way. We started the process - his staff was very helpful & professional with paper work & answered any questions we had. When we attended court hearing we noticed how some clients from other attorneys’ offices were sitting near us and overheard judge upset because their attorney was a no show at time given but showed up late to hearing they had to be set another day & time-- inconveniencing clients. Our, attorney, Mr. Joel Gonzalez was early, in a nice suit/very professional he stood by our side in front of judge. In a couple of months will complete our bankruptcy contract & Mr. Joel Gonzalez NEVER left our side. Even-though he is busy with clients he always found time to responded to our emails immediately when we had a question, returned our calls in a timely manner. He is a Man of his Word when he says he will get us through Bankruptcy claim & will be there every step of the way. I HIGHLY RECOMMEND Mr. Joel Gonzalez not only is he professional, knows the Law/his work. He's a Great Man and cares about his clients. Thank You Mr. Joel Gonzalez - not only did you change our life you helped us get a new start in life. May God Bless You Always.

Great job. I had a recent and quite enormous financial legal matter and Mr. Gonzalez did a great job!!! After, all was said and done there was an error on the part of the debtor and I was being told, despite knowing the matter had been taken care of, a substantial amount was still owed. Mr. Gonzalez followed through and called me back the very next day and had taken care of the matter. Mr Gonzalez is someone who doesn't "hang you out to dry", He truly followed through to make sure he achieved what he was paid to do, and "THAT" my friends, is rare in this day and time.

I would highly recommend Joel Gonzalez.

Coming to a decision to file bankruptcy is never an easy one , but sitting down with Joel has lifted a huge weight off mine and husbands shoulders he is very knowledgeable, kind and professional if you are considering bankruptcy i do recommend hiring him......

Joel Gonzalez and staff are great!

Joel Gonzalez and his staff have been a god sent to my family, I would recommend his office to other family and friends.

I highly recomend this firm, they were there when I really needed the help under pressure and they came through. The entire staff was professional and answered all of my questions and had the answers I was looking for. Thank you!

Amazing!!! Very helpful and knowledgeable in his field. I would recommend him to anyone. Office staff is amazing and answered any questions I had. Amazing experience!!

One of the greatest law firms I've ever came across. They are very informative and treated me with great respect, l would most definitely recommend to my friends and family. Thank you Mr. Gonzalez and Margaret, for taking such good care of me. You guys are awesome.

Thanks to Joel and his hard work I am currently out of debt. The most satisfying work is helping others!!

We had to contact Joel Gonzalez office last year to help us with a bankruptcy.
Joel and his stafff have been great to work with. They get it done for you immediately and explain the process. It has been a pleasure working with his office. I would recommend him to anyone who is needing help.

Great lawyer takes good care of his clients, our questions were answered promptly and concisely. If any one wants to ask questions about Joel Gonzales, feel free to ask my husband and I.

Will not fight for his clients. Extremely lazy and won't even contact them to assist them when they are in need. As soon as he had the money, he made sure he turned his back on his client. Now he has teamed up with the trustee to make sure that his own client has nothing left every pay day to take care of his family.

Joel Gonzalez is a hard-working thorough to the point attorney. His attention to detail goes without flaw. I have used Joel for his legal services in the past and all of my experiences have been wonderful. His legal staff there at his office have all been kind and treated me like I was the most important client that they had. Speaking with others who have retained Joel for his legal services in the past have all said the exact thing about him,(Top notch). So thank you Joel keep up the good work!

Joel is an amazing and caring lawyer. He took over where another lawyer dropped at the ball and turned things around. His professionalism is impeccable! I have dealt with many lawyers in my time and have never been optimistic until experiencing his willingness to work for the client instead of just taking their money. I am now on a new start to building my credit and putting this situation behind me. Thanks Joel, Patricia and Mary you were all wonderful!

Leave A Review For For Law Office of Joel Gonzalez, PLLC